Years ago, i started a group called Be Aware Entertainment.


It wasn't a "record" label or really even a "rap group", but more of a promotional tool of sorts.
The general idea was to began a company, by artists, for artists, to help aid promotional efforts for rappers, singers, and producers. To develop young and inexperienced talent. To collaborate with artists from across the globe. etc etc.

Basically we would gather up artists, most of which i had worked with in the past, along with scout and recruit talent on rap forums, myspace, and locally in our areas, and help them gain awareness for their product. Run advertising, design album covers, ads, banners, website layouts, flyers. Every couple of months we compiled compilation mixtapes and released them free online. collaborations in house and singles from the artist upcoming projects that they wanted to promote. Briefly worked with a couple internet radio stations doing interviews, getting in rotation, along with sending in CDs to local radio stations.

Well, recently i've been entertaining the idea of trying it a little more serious this time. "Be Aware Entertainment" feel apart because of the lack of effort of some of the artists and the desire by others, including myself, to work on other projects in general.

It's not a contract, its not a label, its not just a name to put different artists music behind, I've always thought of it as a Network. I'm looking for anyone interested in starting something like this again with me. It's basically the "Group" will promote all our artists, help you get some extra twitter followers, page views, song plays, downloads, etc. The way it works is simply, everyone helps each other promote each others music. A network of artists or clique or whatever you wanna label it as, that collaborate as well as do their normal music.

If anyone is still reading after that HUGE explanation, and your interested in any way, hit me up, or respond here.

I'm considering not using Be Aware Entertainment anymore, although their is history under the name, though limited, i wanna fresh start and do things right. New name, get a .com, buy some ad space, and hopefully if we can all generate page hits on a homepage we could sell ad space and put money into it and move forward.
__________________
_________________
Follow Me
@IllHumorEnemy

I like the idea of this, tryin to have a label is like bla, people are come and go, or have much differnet ideas then otherwise. I hope you find the members you need to make this a productive thing, I would be willing to help if possible, One
_________________
www.onestophiphop.net 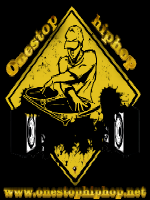 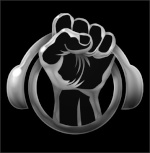 ya id be down

i'm sure i could look around for your music pages but can you post up your soundclick, soundcloud, reverbnation, or whatever kinda music site you got in here.

i've gotten including you three about 12 or so rappers and producers showing interest, i'll start going through material sometime next week and get back the ones i'm mostly feeling at the moment. I wanna start small at first to get things going, so if i don't get up with you right away, give me some time to get things moving in the right direction first. If i can get things explained the to artist clearly and layout some ideas and projects for the immediate future, work on some promotion deals and such with whoever we can and take shit from there.

E-Mail is jnahtz@jnahtz.com
the rest of my info is below..

Pretty cool idea man. I actually have the same thing going, started with just naming my group of friends, then ran with it. I've got connections with 4 rappers, a female singer (kinda country but kinda not), 2 beat makers, and i've been trying to land some producers / graphic artists. Maybe we could merge them together....

I'd be down as an artist

Page 1 of 1
Permissions in this forum:
You cannot reply to topics in this forum
Latest topics
» bring another battle tournament here!